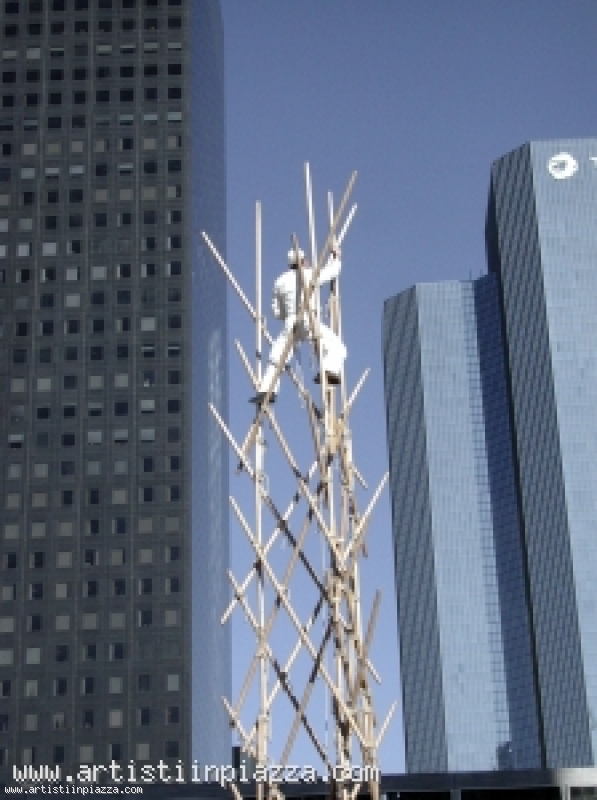 Proves himself to be an excellent climber as he glides up and down in his labyrinth of poles, and with dexterity and surefootedness, over and again he tests the towers’ structure and its strength as it progresses upwards from the ground. HEINZ interrupts his work three times to eat an apple, and by the third pause the tower has reached its peak. Although every tower ever built may differ in form, towers not yet built and those erected in the past all obey the same enduring principle. On the day on which the ultimate tower will be built, HEINZ will go on upwards from its peak. In the meantime, while waiting for that day to come he patiently detaches pole from pole, leans them on the tripod and throws the cord on a pile beside the tower. A few hours later, once HEINZ regains the ground and walks away, all that’s left is a heap of cord and a collection of ash-wood poles stacked together to form a cone. SUITABLE: FORALL
Show: Heinzbaut
Country: Switzerland
Genre: Philosophical - artistical performance long-term
Email: gtp@traberproduktion.ch,
Url: www.traberproduktion.ch