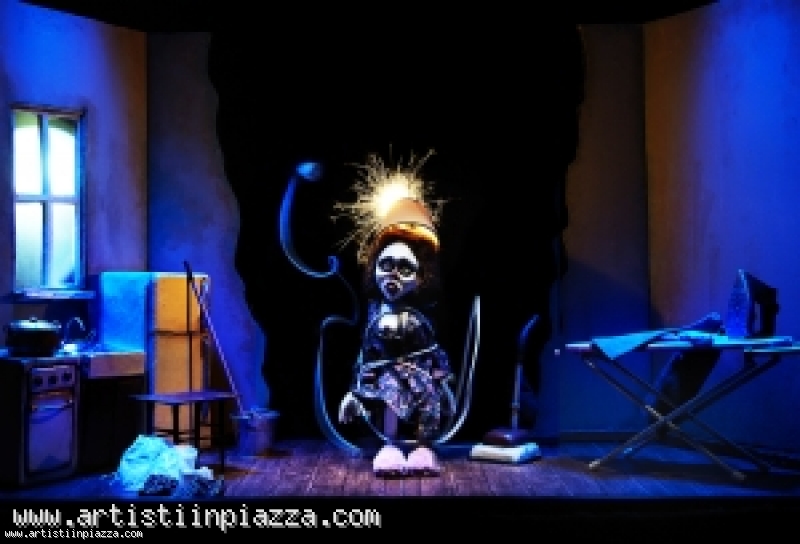 “....a puppet theory for the human nothing” One building, five apartments , six characters. The audience is watching them live their conventional lives in a dark, claustrophobic setting, with their fears, obsessions and loneliness. ‘Merlin’ are dramatizing and demonizing their obsessions until they finally punish and liberate them with the most violent manner. Tragedy and Comedy. Through the dark rooms of ‘Clowns' Houses’ the loneliness of the modern man is displayed; prison-like houses, people trapped into their routines and habits, distant from their dreams. In "Clowns' houses" you will find a combination of different puppetry techniques such as marionettes, top table puppets, object and shadow theatre. The two puppeteers animate puppets and objects, without being obvious to the public while the realism of the motion, the scenic world and different lighting conditions complement the dark sensation of the play. Merlin Puppet Theater was founded in 1995 in Athens, Greece. They’ve run hundreds of performances , including workshops on puppet creation and play. SUITABLE FOR: ADULTS
Show: Clown's Houses
Country: Greece
Genre: Puppet theatre for adults
Email: merlintheatre@hotmail.com,
Url: www.merlinpuppetry.gr