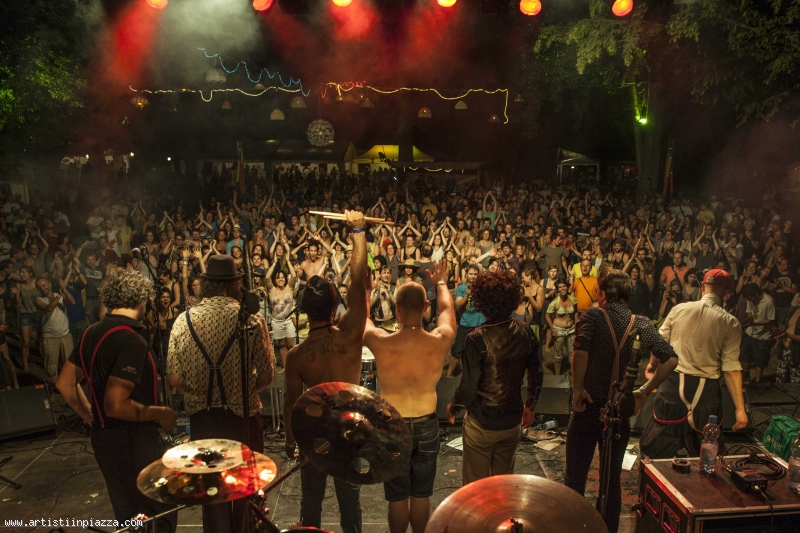 It doesn't matter if it's a large festival stage with thousands of people in the audience or if it is a small german club scene...Faela always manages to knock you down like a boxers right hook. The seven musicians with roots in Chile, Argentina, England, Spain and Sweden mix Latin, Jazz, Rock and Balkan with one common goal in mind: to make you loose it! The band was formed in 2007 in Malmö, Sweden. Since then they have released one Ep and three albums they have played over 700 shows around the world and are without doubt one of the hardest working bands in Sweden. The ever growing fanbase shows that Faela truly are irresistible.