No job too big no street too long 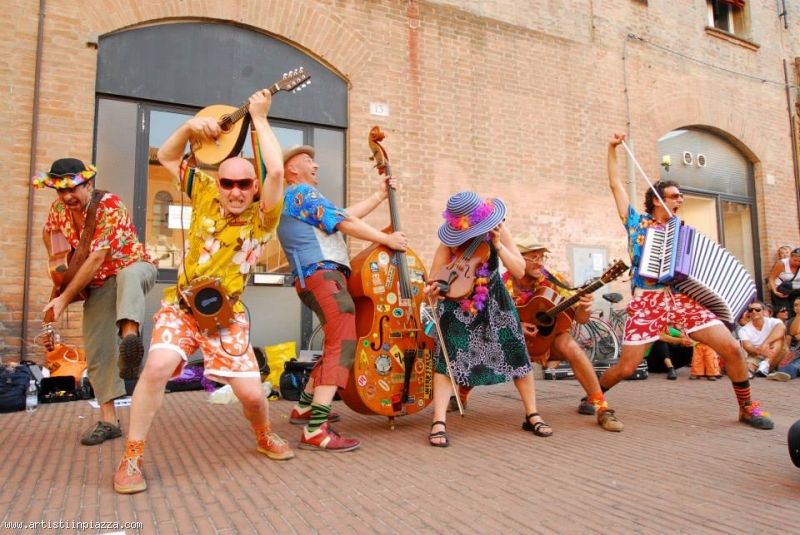 Honed on the streets of Europe, The Cosmic Sausages deliver their street theatre show. The band was formed in 1991 during an epic 5 month tour of Europe performing the street show over 250 times through France, Italy, Austria, Hungary, The Czech republic, Germany and Switzerland. Over the years it has evolved but it still retains many of the elements and material from the original tour where the show was honed to stunning effect in front of massive crowds in the summer of 1991. Since then the band has toured abroad frequently and has learnt how to deliver the show in French and Italian as well as English. The Street show is actually what the band was born to do, did exclusively for the first few years and many would argue what they do best and where they are most at home. It is only later that they adapted there performances for different situations. The street at its best is the most perfect theatre, it's certainly where you have your most memorable shows and over the years The Cosmic Sausages have tried to exhibit the sheer power of quality streetshows to the masses both at home and abroad.