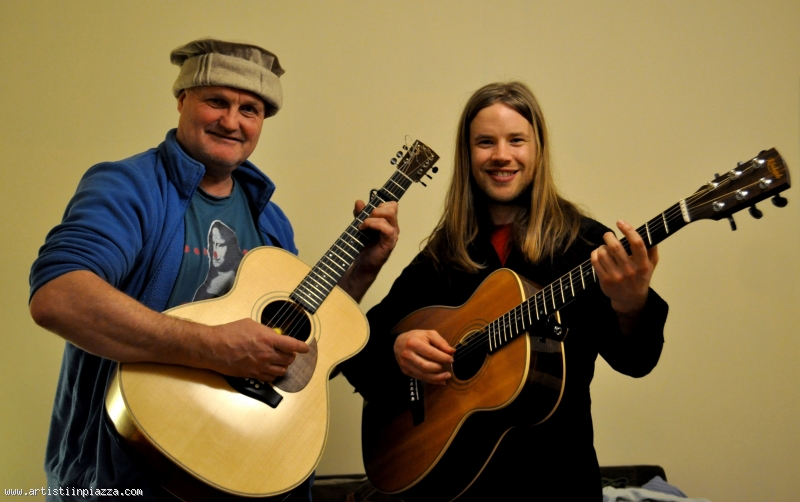 Tony Doddery (Carter) is a guitarist who played as a street artist in Italy for many years, alone or with his band Hodmadoddery. Some years ago, he produced an album "Rolling Hills and Running Waters" in partership with other musicians from Bath and Bristol. Kit Hawes is a guitarist well known in Bristol because of his group Sheelanagig. Kit has been Tony's master for two years and they decided to play together during Artisti in Piazza. The show will contain british folk songs which belongs to the repertoire of both musicians.