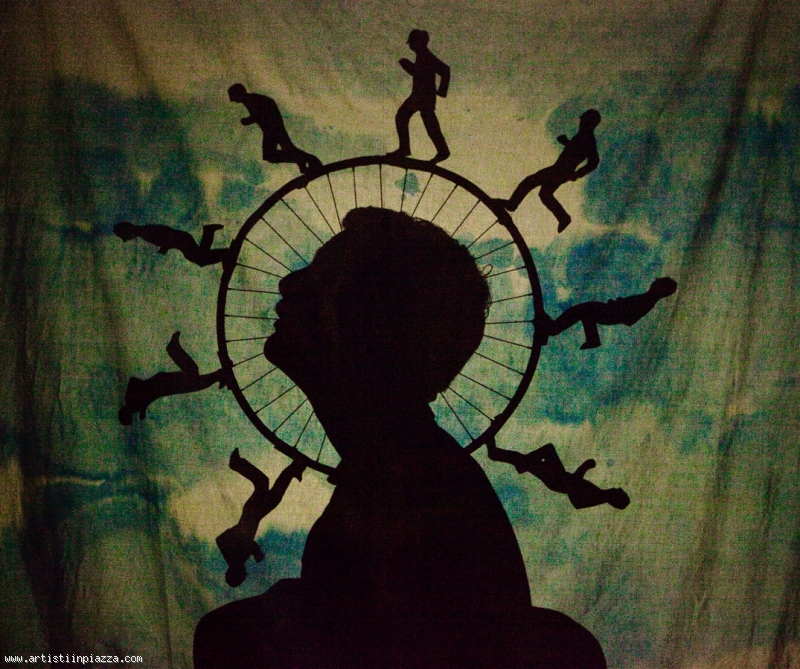 Compagnia Dromosofista is a street theater company from Argentina and Italy. It was born in 2007 by the meeting between Rugiada and Timoteo Grignani with brothers Facundo and Santiago Moreno, and by their common desire to bring together the visual theater and musical reaserch into the contemporary popular show. This art project reflects their belief in the potential of the street as a source of inspiration and as a poetic place par excellence of the meeting and confrontation between cultures.

"Every place on the globe has its opposite. Landscapes and very different things are strictly united by a line equal to the Earth's diameter line. Where everything becomes accessible we think about a place that exists, but that goes away at every step. The theater is the polar opposite of life?"
Three characters invite the public to follow them on a journey to the antipodes of the world. A surreal journey on a miniature horse, staring between characters and tiny shadow men running.
"Antipodes" is the union of different styles and techniques of puppetry, from Chinese shadows to the manipulation of objects, to physical theater. A brief metaphysical journey between transformisms and live music.
SUITABLE FOR ALL