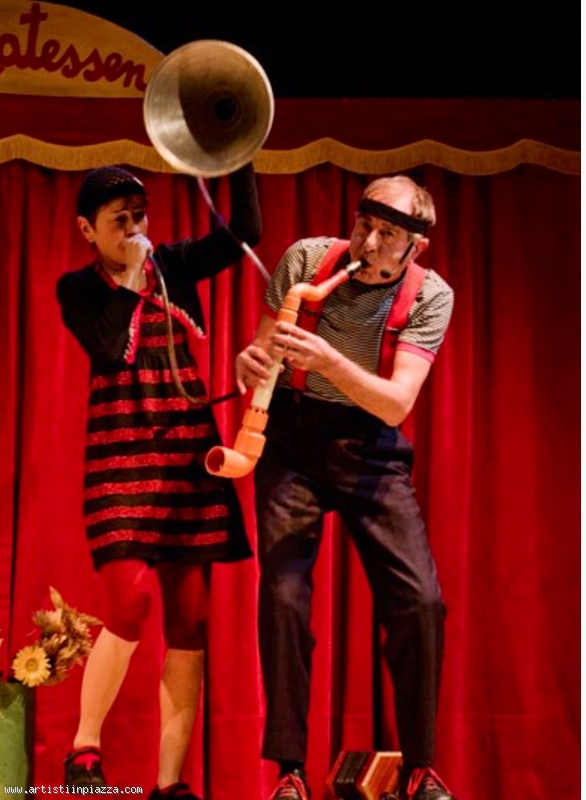 Delikatessen Duo are Moreno Raspanti e Christine Glogowski, they performed not only in Italy, but also in Spain, Swizerland, Germany, Austria, Slovenia and United States. In 2007 they won the third prize at Clown Festival in New York City, in 2008 the prize at Festival Dei due Mondi in Porto Sant’Elpidio (FM), and in 2009 the prize Torototela of Piemonte, dedicated to development of street art ex

This message is only visible to admins.
Problem displaying Facebook posts.
Error: (#803) Some of the aliases you requested do not exist: Delikatessenduo
Type: OAuthException