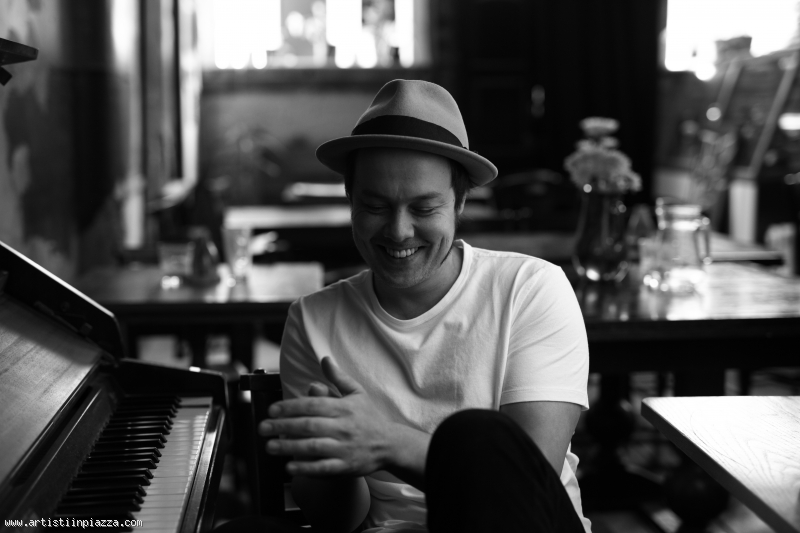 Jon Kenzie is a soulful performer and song writer from the UK with his musical roots based in blues, folk and soul. Jon has a soulful and powerful voice that captivates audiences throughout the Europe. Perhaps a perfect example of how an independent artist can survive and thrive in the modern music industry today. Jon has already managed to produce and release two acclaimed solo albums without, so far, relying on support from record companies. He has gained thousands of followers from touring the world by playing concerts and busking on the street; just recently producing his third solo album, ‘From Wanderlust’ which is out now and available online and in the shops.
He has truly worked his way up from the grass roots, first playing on the streets and in the clubs of Manchester and then traveling Europe and the States, performing in every town that he comes to. When performing on the streets Jon’s passionate and soulful vocals never fail to stop passers-by in their tracks, which has lead to the impressive and completely organic growth of his musical career. It is in this way that Jon has gone from strength to strength, playing bigger and bigger venues and festivals and continues to bring his music to the ears of more people around the world.

He will be performing his original, funky, rocky and soulful, tracks with two fantastic and prestigious guest musicians from Germany; Max Huber (drums) & Igor Kljujic (Double bass). A dynamic show not to be missed.
SUITABLE FOR ALL