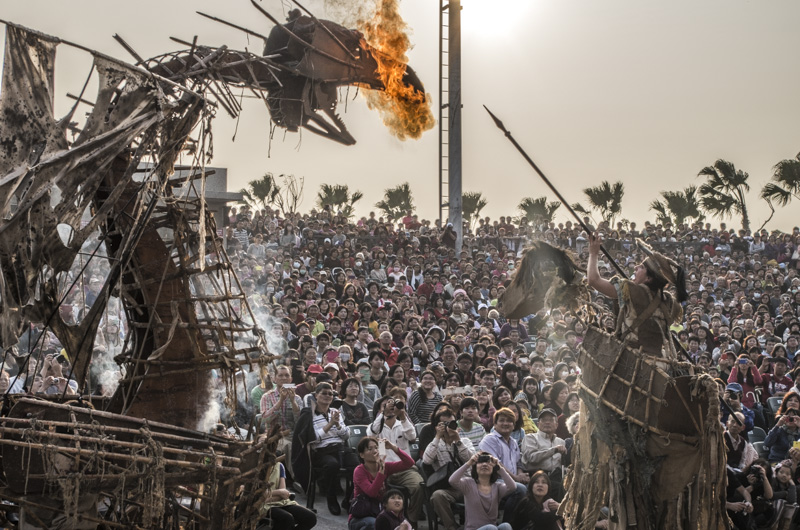 The company Teatro dei Venti was founded in 2005 as a theatrical research group and just from the beginning it has been operating in four different but related fields: production of shows, socio-cultural planning, training activities and organization of theatrical events.
At the basis of their theatrical work is the research of an expressive language that offers to the viewer the opportunity to become the object of a spell, a witness of a unique and unrepeatable event, of a simple and sincere act. The daily artistic work leds them to a research of rhythm and physical action, which generated the latest productions. Among these: Quotidiano Scadere (Winner of Premio Linea d’Ombra 2010), Senso Comune (Finalist of Premio Scenario 2011) and InCertiCorpi (award at Presente Futuro 2013, award at CrashTest 2014, people award at CrashTest 2014). At the same time, they devoted attention to the Street Theater with the shows Malaparata, Il Draaago and Simurgh (production 2014), performing in different tours across national borders (Poland, France, United Kingdom, Serbia, Switzerland, Belgium and Taiwan).

Il Draaago:
A Dragon, a small town on the verge of its power, victims, accomplices, and an unknown Knight trying to defeat it.
The show is taken from Evgenij Schwarz's "The Dragon". The fairy-tale and infernal atmospheres of the original work come to life through the use of street theater techniques: stunts, sticks, 7 giant masks, firefighters, theatrical machines, a 5 meter high dragon, rachitic horses and other mobile scenery.

In a small city, for more than 400 years, a terrible dragon torments the inhabitants, scaring them to death. It's a dragon that always changes: once it appears as a Beast, once as a Man and rarely as a true firefighter dragon. Every year, the Dragon wants rich gifts and great deals and in return it doesn't burn the city or eat the inhabitants. And as the most precious offer, It wants a fresh, scented, young girl, which it takes with her claws and drags her in his den and nobody sees her anymore. This year the girl is called Elsa with red cheeks, Charlemagne's daughter.

Borgomastro and his son Henrick are the closest co-workers of the Dragon and make sure everything goes right. But in the middle of the crowd, there is a foreigner, Lancellotto, an unknown pilgrim, who prepares to take part in the party. Meanwhile, the Voice of the People, represented by a placid Cat, observes and comments while remaining apart.
But as the fairy tales teach: "for every Dragon, there is a Knight who will kill it".
Will be Lancellotto to defeat the Dragon or will be the people to rebel?
Even this time there will be "everyone will live happily ever after" or it will happen something worse at the gates of the city?
SUITABLE FOR ALL