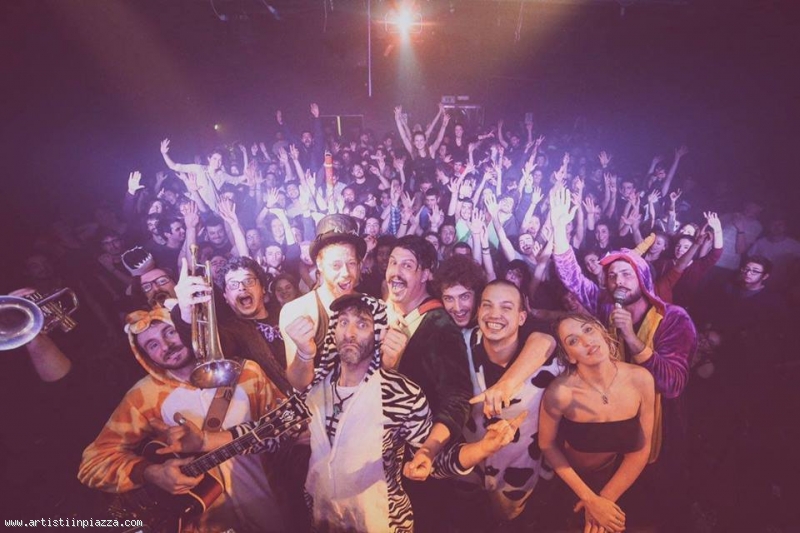 This musical project was born in 2009 from an idea of two young musicians and producers, Gabriele Concas and Matteo Marini. The creaking sound of vintage vinyls is only the surface of The Sweet Life Society’s concept of sound. This eccentric act mixes contemporary tunes with old school “Cotton Club” gems; re-styling the Swing Music culture into a blend of electronic sounds, enhanced by the live performance of some of the best northern Italian Jazz instrumentalists. The band has recently signed with Warner Music Group and their first full length album was released last summer. They have toured in the United States and Canada in May 2014 with a special A/V set. In addition to this, they have rocked some of the most well-recognized English festivals (such as Glastonbury, Bestival, Lovebox, Wilderness, Latitude and Boomtown) with the full seven-piece live band.
SUITABLE FOR ALL

This message is only visible to admins.
Problem displaying Facebook posts.
Error: Unsupported get request. Object with ID 'ts' does not exist, cannot be loaded due to missing permissions, or does not support this operation. Please read the Graph API documentation at https://developers.facebook.com/docs/graph-api
Type: GraphMethodException
Subcode: 33