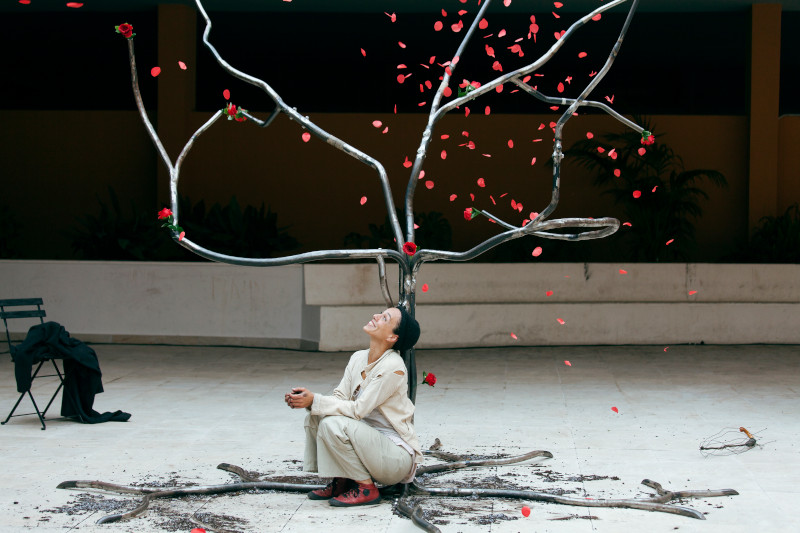 In 1992, Claire Ducreux graduated in modern dance at the National School of Music and Dance in Lyon, and began performing for several French contemporary dance companies. Later, she created his own artistic language by combining three different forms of art: dance, physical theater and clownerie. Claire believes that the most important thing for art is to communicate and share emotions with the audience.

The idea for this show was born in Pennabilli in 2015 when Claire was an artist at the festival, inspired from the cherry tree of the "Orto dei Frutti Dimenticati", a creation of Tonino Guerra.