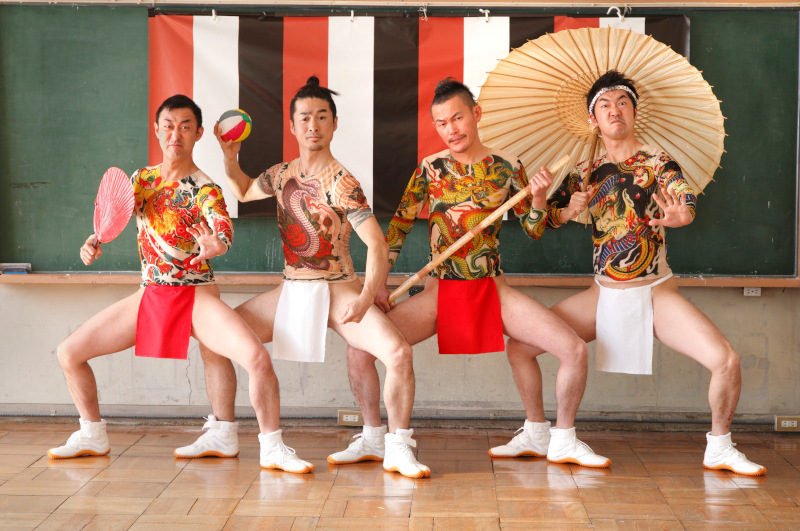 In 1997 Keisuke formed a nouveau cirque group “Cirque Ku“ in Tokyo with Shinya, Katsunori, and Thoru.
After Keisuke left Japan in 1999 to enter the CNAC (National Center of circus arts in France), the others members changed the name of the group in “CruCruCirque“ and continued to creat circus shows in Japan.
When Keisuke came back to Japan in 2010, he became a member of the group again, and the group, includes him, is called “CruCruCirque DX“.

8Q3 is performed by 4 Japanese men, all borned in Showa period (Emperor Hirohito).
Their performances are never fixed. They think outside the box and defy the boundaries of the circus show, challenging all the taboo in Japanese society!