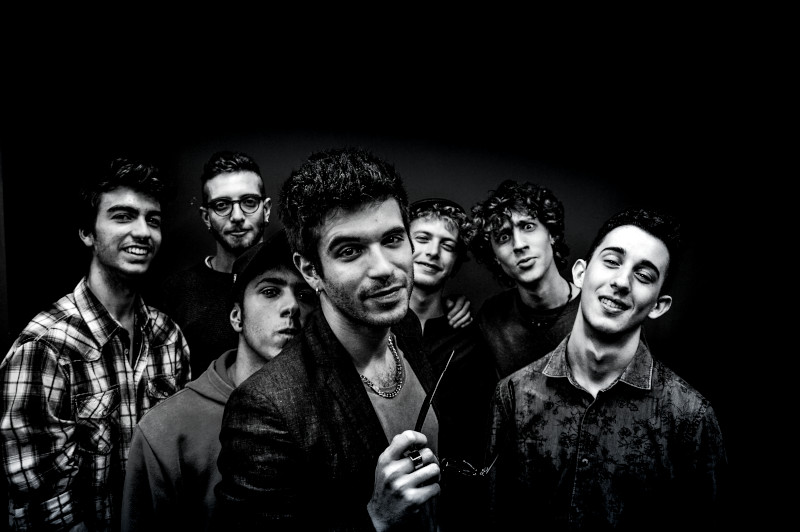 Fake Jam is a new project that officially started under this name on 16 October 2017.
In 2012 Elia Terazzan, drums, and Gianluca Arcesilai, guitar, had already launched the original project, previously called P-jam, whose stability was achieved, following several developments and changes concerning not only the members but also the musical style, in 2017, with the new funk/jazz/soul line-up that now bears the name of Fake Jam.

Today the survivors are the two founders and Gabriele Venturi, former saxophonist and current music business student, decided to leave his career as a musician to be the new general manager of the band.

In 2017 starts a new chapter: a new project is being born, the name P-Jam must be changed because nothing is left of that band and then, because we were tired to hearing us ask if P-Jam stands for Pearl Jam.

On October 16, 2017 begins the era of Fake Jam: the name refers to the fiction that dominates and regulates the social networks on which the group tried to emerge, even going against their nature and submitting themselves to the fake filter of fiction and falsity, which unfortunately these platforms often involve.

Fake Jam therefore wants to be a sort of critique of these mechanisms, and an admission that makes us believe in artistic sincerity of the band, spontaneous as a jam session but elaborated until it becomes a fake.