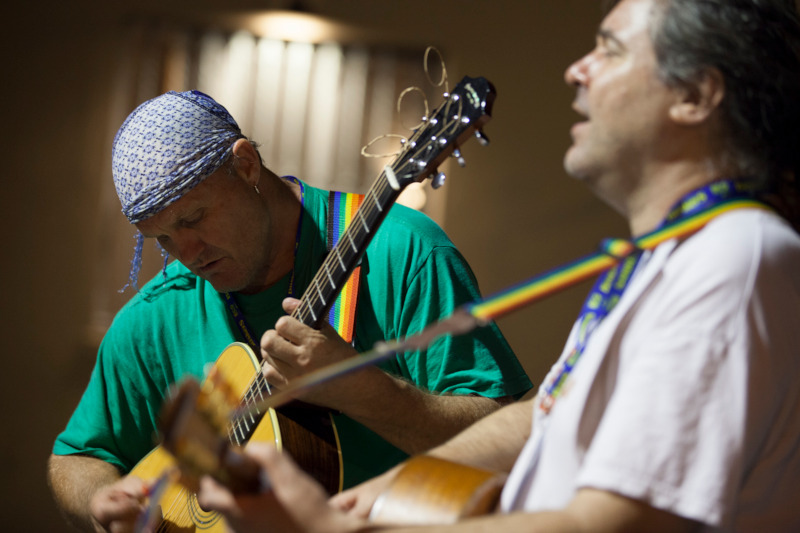 Hodmadoddery came together (and usually fell apart shortly afterwards) in a residency at a notorious Bath cider house where we got paid in the 'house special'. This was some time in the late 1980s. By the early ‘90s we were actually getting quite good, the positive effects of switching to wine on the European Street Festival circuit, where we get called ‘mitici’ and often even get invited back. Nowadays we don’t run around Europe quite as much as we used to, but that has allowed us to get some practice in, and we actually get to play indoors as well as some proper paid-for jobs, folk festivals even, and through dubious backstairs deals have clocked up 20-odd innings at the famous Glastonbury Festival. By dint of following our own furrow we don’t sound like anyone else (except when we want to) and make a set of folk circuit standards, 'trad' numbers, and the odd random who’d-ha’-thought-it sound like they belong together and can even be ours (or even yours) for the duration.

"Distinctive and fascinatingly intricate music …Vocalists and guitarists of much note, great compatibility and an incredibly intense togetherness yet possessing distinctive and contrasting individual playing styles… …their music is imbued with a sensibility which embraces not only a performance ethic and method that’s unbelievably telepathic but also a quirky and enterprising, and impeccably tasty, choice of material." David Kidman