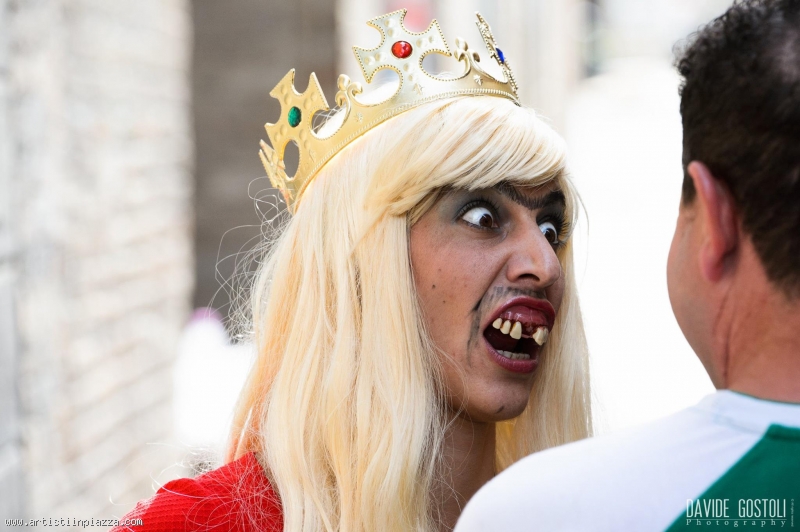 In a distant kingdom lived a beautiful princess. The Princess Celsa loved by the people for its noble virtues. In fact, it was known that she was very rich. This was his noblest virtue... On the day of his fifteenth birthday, at the royal palace, a strange thing happened that I want to tell you: his father King Jasmine called her and said: "I'm sorry Celsa, now you're fifteen. You have to find a husband!"
They tried to lock her up in the tower with a dragon to guard, hoping someone would save her, sent messengers to the seven seas, looking for a worthy man who wanted to take him, consulted astronomers, witches and goblins, no one finding willing to partnership.
So the Princess Celsa wanders the streets of the Festival looking for a Prince..

OFF
SUITABLE FOR ALL
ITINERANT