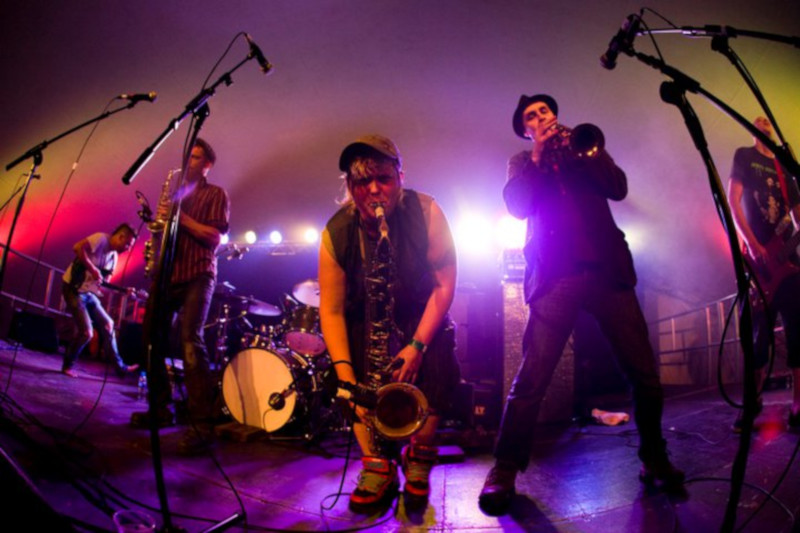 Formed in 2002 they have toured the venues and festivals of the UK,Europe and even Russia with great popular success releasing three studio albums,a live album and an EP along the way. Their sound fuses ska,drum n bass and old skool techno with a funky,punky pop sensibility.

The line up of drums,bass and guitar with a three piece brass section allows the band to explore and mix all these styles while retaining their own sound,charactarized by four part harmonies and sax,trumpet and guitar solos. This combination produces an enormously dynamic,lyrically colourful and irresistibly dancy sound.

The band possesses a wealth of songwriting talent drawn from all band members which has resulted in experiments in less pop oriented styles such as Klezmer,dub and hip hop. Los Albertos begin their gigs instantly running,leading the audience with fast paced dance sounds and taking them to a break-neck and frenzied climax leaving you dazed,exhausted and happy! Not to be missed.