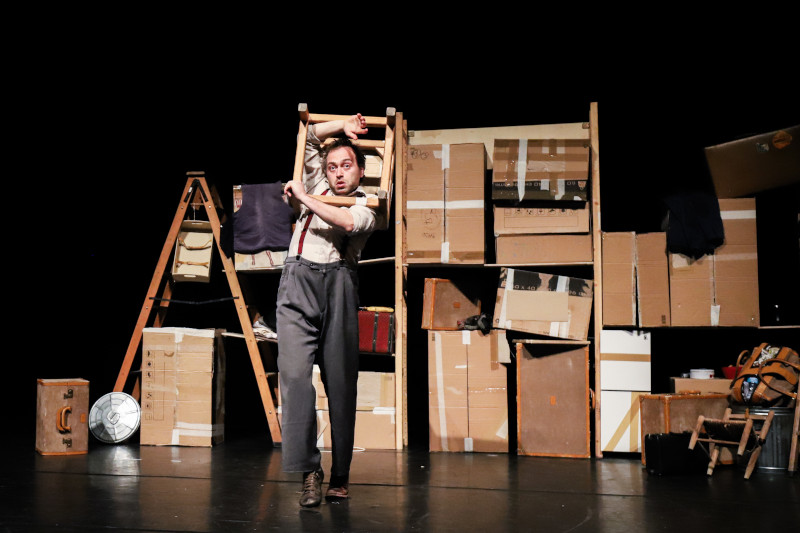 The show explores the progressive adaptation of a clown in a known but impossible to dominate environment and the resulting dynamics of movement. Using a body language that starts from an initial surprise effect, the intention is to bring out on stage a complex character in which the audience can identifying.

Giulio, the protagonist of the show, is an eternal traveller who faces each of his adventures as an exploration of feelings that almost always lead to a parody of himself. In this way every gesture becomes more important than the circus technique, which is at the service of history, almost always becoming an emotional and unconditional gesture that transforms everything that is everyday and usual in comic and imaginative.
Giulio is therefore a vagabond in the continuous search of an existential dimension in struggle between the whole and the solitude, two dimensions that are configured between the public and the scene, thus creating a continuous dream game between two complementary worlds. It is the exploration of these statuses that leads Giulio to show himself in order to leave to the public a continuous request for confrontation, which causes the fear of rejection and risks becoming pathetic.