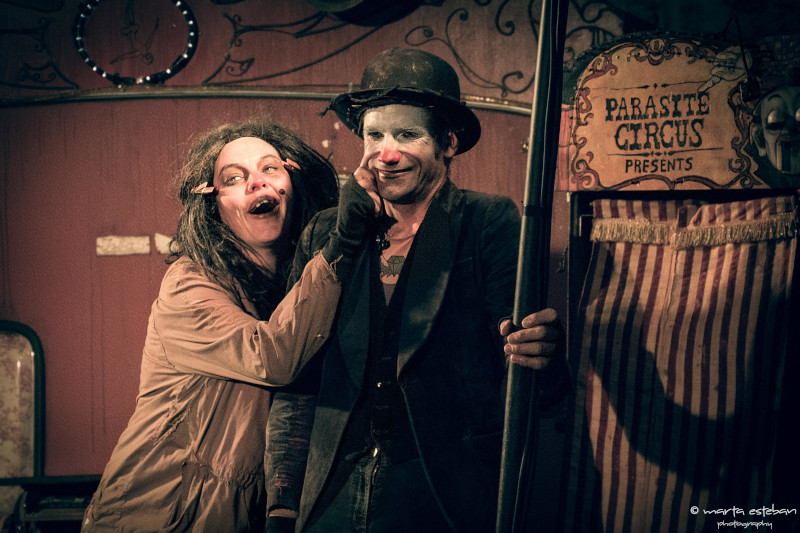 In 2011 Angela Neiman (Swiss actress-singer-Italian canton) and Baptiste Eliçagaray (actor of Dutch origins) founded the company Têtes de Mules, with the aim of creating unconventional theatrical performances and a more direct contact with the public.
In each show, the company seeks to unite various means of artistic ex

Great In your paradise, we'll come and see.