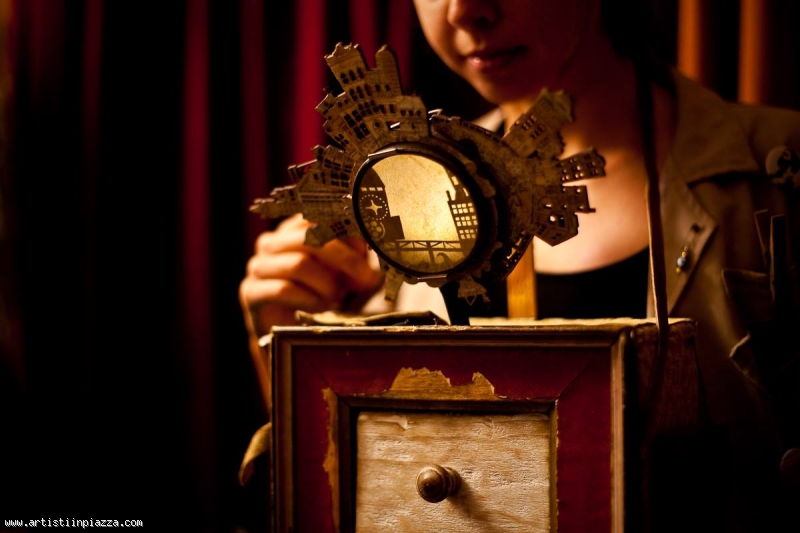 The puppeteer tells the story of a being that travels the world collecting objects, memories, words... Through the experiences unlocked by the audience, the character grows and his/her soul is nourished. Everything has the potential to become part of The Pilgrim. Some see treasure where others may see trash.

‘BelloAbril * Theatre of Coincidences’ is a collaborative effort under the Artistic Direction of Astrid Mendez. The company’s theatrical exploration reflects on the poetic of the everyday life, looking for greatness in the inconspicuous and overlooked details of our personal story, culture and nature.

Over the past four years, the company has been mainly working on The Pilgrim trilogy. It also has been participating in performances and cultural projects related to theatre and puppetry in Australia, Europe and South America. Astrid Mendez been participating on creating a theatre play called The War Maker, a project in collaboration with the Czech Theatre Company Dafa Puppets. The play is a documentary piece of puppets and object theatre about a Palestinian refugee’s life that will be released on 2020.