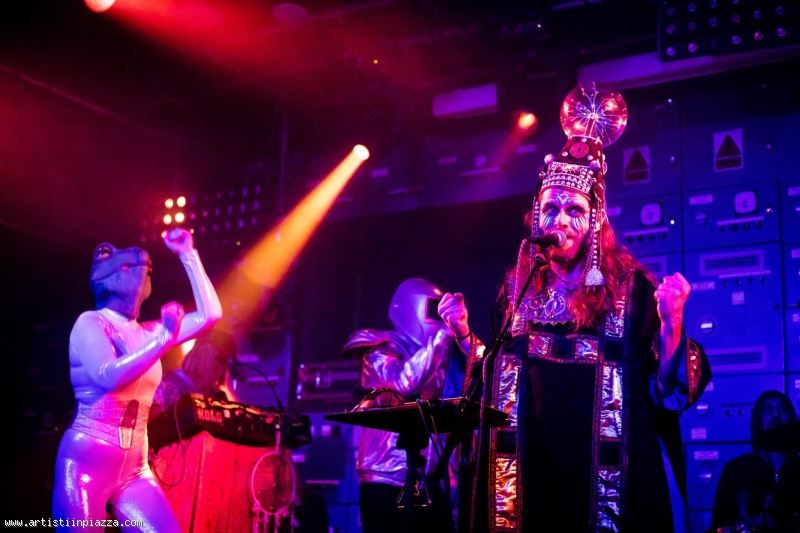 Henge is an English band which fuses musical elements recognisable from electronic dance music, prog, psychedelia, a crossover of styles defined as ‘cosmic dross’. They are real party animals. From its freaky opening to its euphoric conclusion, Henge's live show takes you on a joyous and imaginative journey. Their music is at the same time anarchic and wholesome. In July 2017 they released their first EP Cosmic Dross on Love Records, composed of five tracks of sheer electronic insanity. This is a project unique of its kind, so engaging to consolidate their name from the very beginning, and to dispose of a fan base among the musical festival communities like Womad, Boomtown, Bestival, and Fusion, amongst other. The band is also responsible of the Space Cassette area at Bluedot Festival in the UK, a space that hosts popular morning spectacles, dedicated to the younger and vigorous ones.
On 19th October 2018 their first album Attention Earth! has been released. Thanks to this album, they won the press and radio trust, waiting to grab the audience with their forthcoming live tour, being the town of Pennabilli the unique Italian date for them.