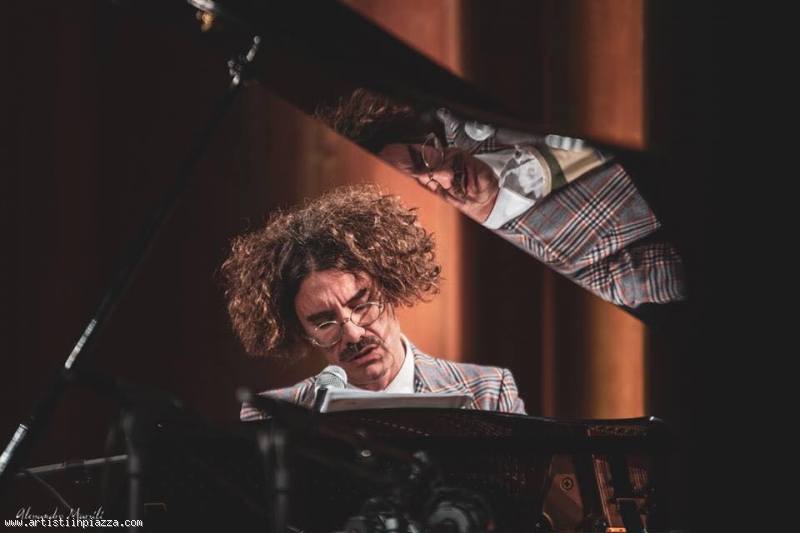 Lorenzo Kruger is the Nobraino band’s frontman, as well as the author of all the ensemble’s songs. Jointly with the band, he has more than a thousand concerts and six albums to his credit, having  attended the most important stages of the Italian scene. His performances are known for being out of the box, rather provocative and irreverent; but this is not how he will introduce himself during the Festival, where he will be tied to his piano. On the pretext of being tied up to the piano, the songs he will perform are going to be cleaned up of any arrangements or scenic posture. The best of Nobraino’s repertoire will be played in a unique way, in the same manner the ensemble originally conceived his songs. Within the playlist he will perform, Bifolco (Bumpkin), Film Muto (Silent Film), Record del Mondo (World’s Record), Tradimento (Betrayal), Cani e Porci (Dogs and Pigs) and much more. His is a writing course that goes through readings, monologues, crooked performances, and half-serious considerations of a character who actually is not supposed to perform seated. The artist will purely concentrate on himself and his songs, in a relaxed atmosphere, really distant from his typical rock concerts.