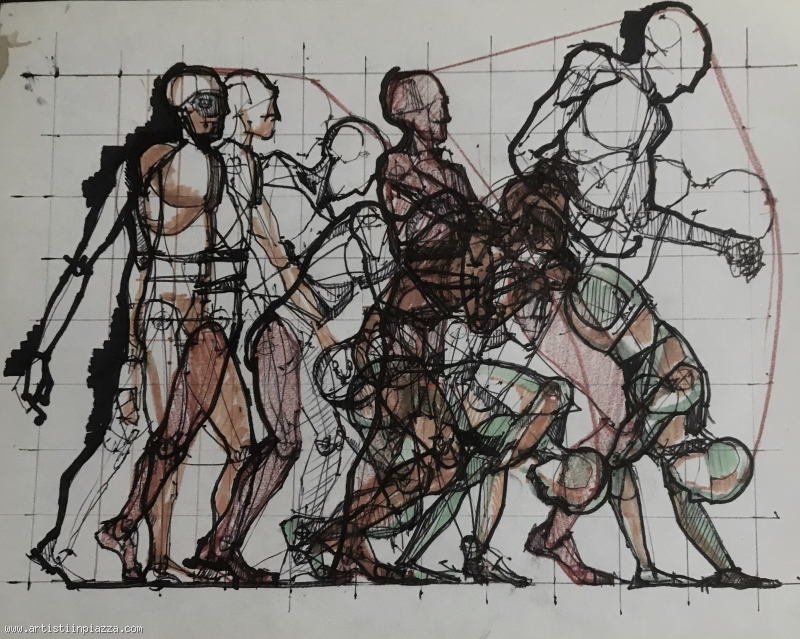 Teatro dei Venti company was founded in Modena in 2005. It operates in four different but related fields: production of shows, socio-cultural planning, training and organization of festivals and exhibitions. He has developed his own artistic research with particular attention to the theatre in urban spaces, deepening the use of stilts and mobile sets of great impact. With the shows Il Draaago, Simurgh and Pentesilea has toured Italy and abroad, in France, Poland, Serbia, Croatia, Spain, Romania, Taiwan, India and Argentina.

Member of the Emilia-Romagna Prison Theatre Coordination, it carries out permanent workshops at the Casa di Reclusione in Castelfranco Emilia and at the Modena Prison. Still in the social field, he promotes International Cooperation projects (Mozambique, Serbia, Senegal) and in the field of Mental Health in collaboration with the Department of Mental Health of Ausl in Modena. Since 2012 it organizes Trasparenze > Festival e Residenze Teatrali (Transparency > Festivals and Theatre Residences) for the promotion of the contemporary theatre scene. From 2015 to 2017 it has carried on the project "Urban Theatre Experience" with the support of Funder 35 - fund for youth cultural enterprise. Since 2016 it has been part of the FAIDRA Project supported by Creative Europe with partners from different European countries. Since 2017 it has been running a workshop with a group of asylum seekers from the "Mare Nostrum", a project with the support of Caleidos Cooperativa Sociale, with which it won the MigrArti contest in 2018. Moby Dick is the latest project in order of time, a synthesis of the work developed by the company since its origins: the utopia of theatre in urban spaces and in contact with communities.

SEMINAR  Il figliol prodigo (10th-16th August 2020)
The Teatro dei Venti, after the realization of "Moby Dick" (Ubu Award 2019 for stage set-up, Critical Network Award 2019 category planning / organization and show of the year for
Krapp's Last Post Last Seen 2019), intends to undertake a new study for the next production for urban spaces with a seminar aimed at analyzing the first scenic solutions and the completion of the artistic cast.
The first study has as its reference the pictorial work of Giorgio de Chirico and in particular “Il figliol prodigo” ("The prodigal son") and the relationship that arises between fathers and sons, between creators and creatures.
The seminar is open to actors, musicians, singers, dancers, acrobats, waders, even without experience of theater in urban spaces.During the seminar, exercises and theatrical situations related to the themes of the new show and the relationship between theater and urban spaces will be proposed. Following the peculiar poetics of the company, the new production also wants to merge the techniques of street theater with the more classic and introspective ones of the commonly understood theater.