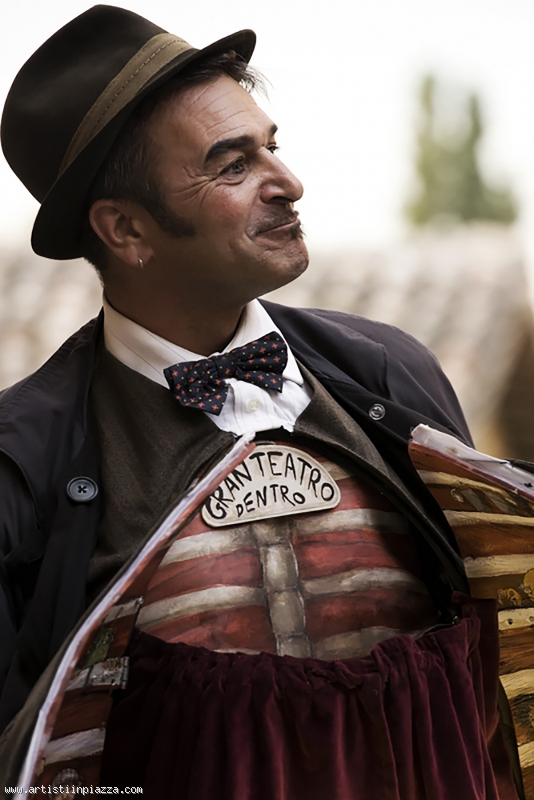 During the past 20 years Rufino has performed in many Italian and international festivals with his wide variety of characters and shows. In 2002 he took part in several scenes of the movie “Pinocchio” with Roberto Benigni. Since 2010 he performs in two productions by Trukitrek: “Isla Mosquito” and as solo performer in “Blue Moon”. In 2013 he created “Fausto Barile” with the supervision of Salvo Frasca. Took part in two “GiullariSenzaFrontiere” expeditions to India and Brazil.

He lives in Tuscany and travels far…

Great Theatre Inside
In the bellies of men, you know, thoughts, fears, moods and emotions boil. Fausto, rather than opening his mouth, prefers to open his belly; he unbuttoned his coat and shirt and opened his belly wide to show you that inside there is a theater with an audience, lights and stage! And the show? Not late. A "childbirth" of curiosity will dispense you from inside in the form of small attractions, comic or poetic daily actions: the Theater Inside.