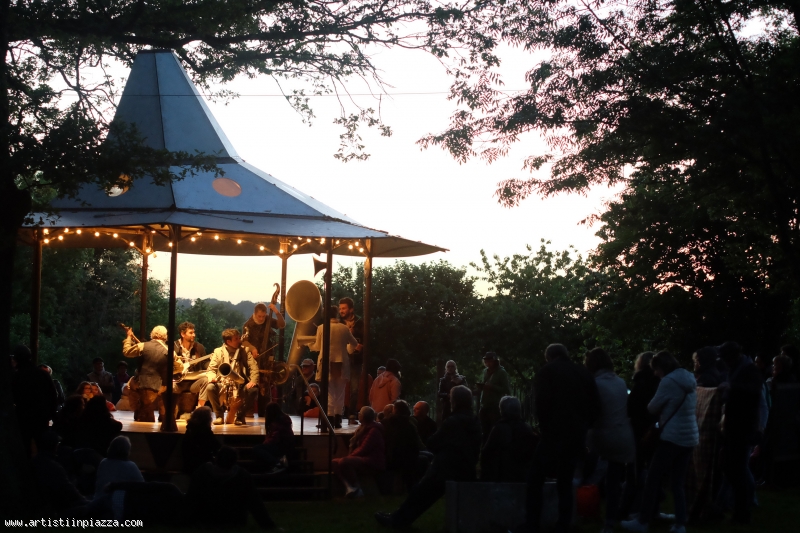 Five artists, musicians and actors, exploring the encounter and cultivating the moment, carry with them the Kiosk, a phenomenon that sharpens listening and curiosity. They transform this utopian urban furniture into a tool for musical and sensitive sharing and will bring this unique auditorium to life by inviting spectators to hear the world again, to listen differently. VibratO, a living mechanics, a sound, musical and human experience that is invented in the "give-and-take". A new quest for sharing, a way of being in the world... Question the relationship with listening in public spaces, trying to rediscover the potential attractiveness of the music kiosks of the early 20th century, marked by their role as a point of convergence for populations.

La Fausse Compagnie was founded in 2007 in the “Pays des Vals de Gartempe et Creuse” (86). This association brings together both professional artists and others eager to take part in significant and intense cultural events. As well as presenting and promoting its productions at national and international level, it also offers an artistic and cultural presence within the region of Nouvelle Acquitanie, fostering links and encouraging encounters on a human scale.

Project carried out with the financial support of the Essonne Department, the Water and Quality of Life Corporate Foundation, the CNV and Spedidam.