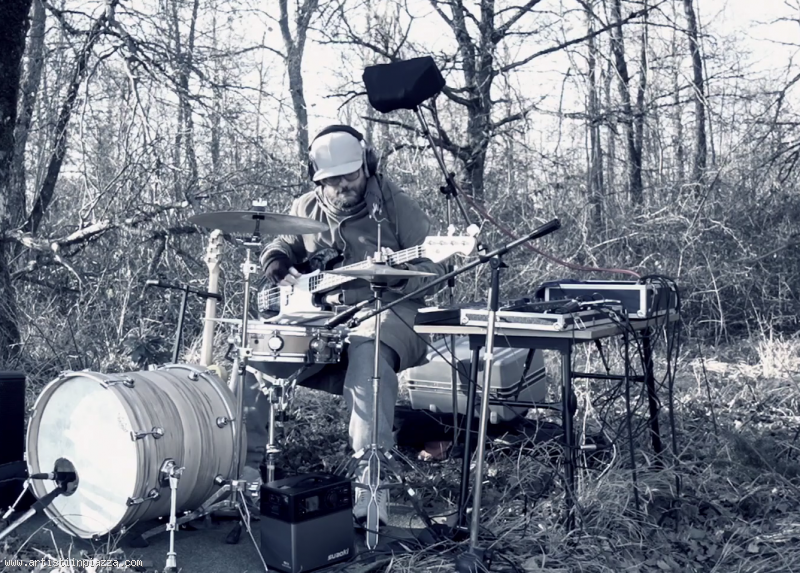 We’re in the year 2119. The musical instruments are banned after the fourth Reich. Musicians produce sounds using their own smartphones. At the time when they had to choose whether to do without smartphones or musical instruments, they had no doubt. Everyone of us could create his own music using apps. For the crowds it was not enough to take bad pictures and videos. The concept of art has been deleted because considered out of step with the current times.
"I decided to go against the tide, not being able to accept such degradation. I believe people can be awakened listening to something unexpected. I went back in this present time to create something you can not synthesize through the instruments you have in your pockets."  He's Lost Man on Earth, and thanks to real instruments and a loop station, he’ll produce hip-hop and funk tunes in order to wake you up. In an effort to reverse this colourless future.