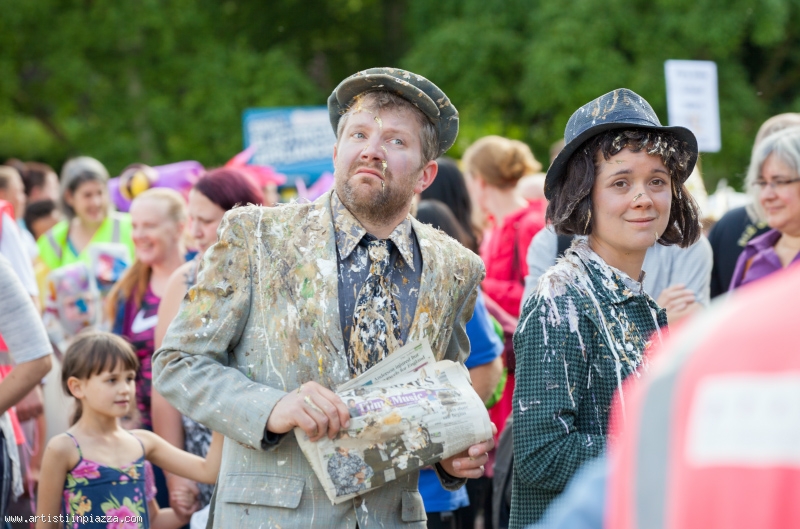 The Natural Theatre Company is a collective of performers specializing in walkabout shows: travelling performances in which enchanting characters wander and blend with the public. Their intent is to experiment, from show to show, new forms of theater involving the people around them. Their shows have been staged in strange places, sometimes in old houses, sometimes inside ships, sometimes just wandering around a city... because for them the location is not important at all. They also work with various international companies and institutions, such as Bath Theatre Royal, Protein Dance, Rondo Theatre, Bath Spa University, Kilter and Bath Festivals, as well as within television productions such as Count Arthur Strong and Old Friends New Friends.