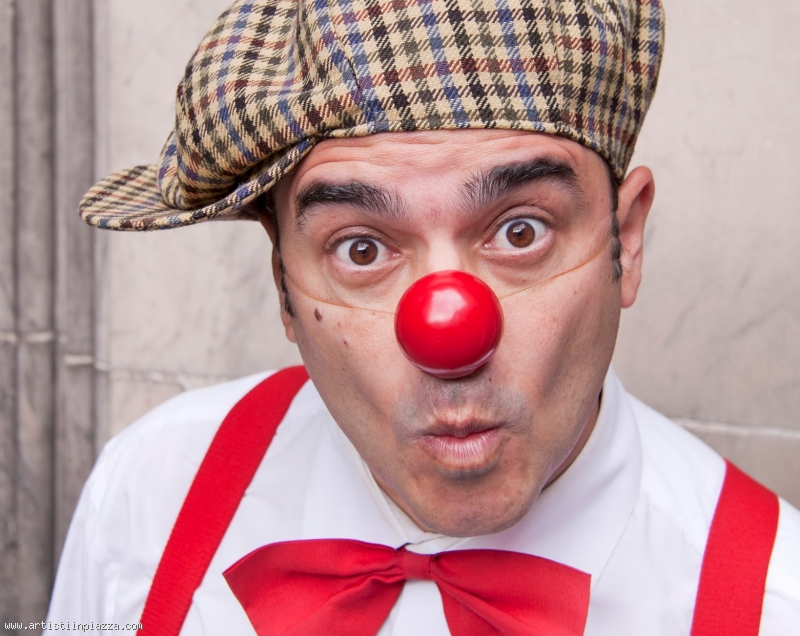 Pedro Tochas is a regular street and stage performer, a past cast member for a popular Portuguese TV comedy series and a judge for a famous TV show in Portugal. He gained his prowess through studies in physical theatre and comedy at the Celebration Barn Theater (USA) and Circomedia-Academy of Circus Arts and the Physical Theatre (UK).

Pedro Tochas is The Sculptor Clown, a master in the interaction with the public. In this show, using nothing more than his imagination and with a little help from the audience, he builds a love story without saying a single word, with heroes, villains and epic battles. A fantastic experience for the whole family that will amuse and amaze.
International awards:
- Winner of best act at Landshuts 2. Internationales StadtSpektakel 2008 (Germany)
- Winner of the Adelaide International Buskers Festival 2006 (Australia)
- Winner of "Best Hair" award The 19th Halifax International Busker Festival (Canada)
- Winner of "Streets of fools" award "The Biggest Fool 2003" (Norway)
- Second place in the International Busking Competition Killarney SummerFest 2003 (Ireland)