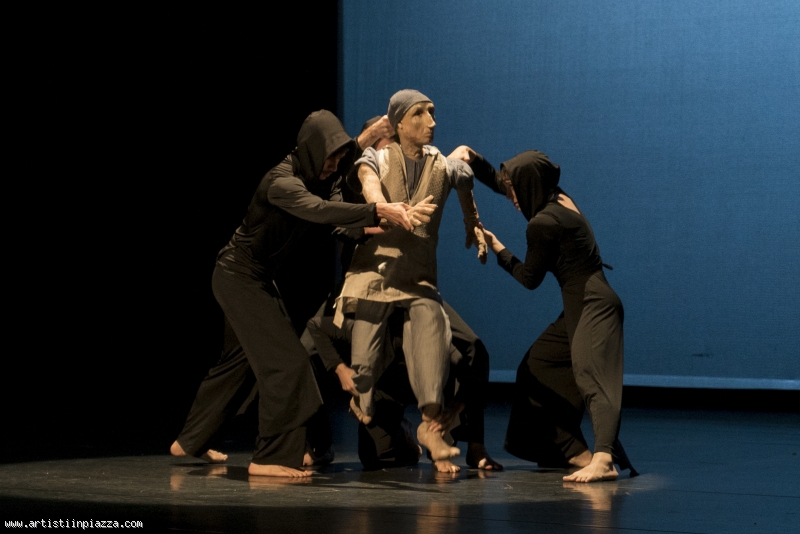 Zero En Conducta – Visual and Puppet Theatre is a project created in 2011 by José Antonio Puchades (Putxa) in order to explore the expressive potentialities linked to the different scenic arts of movement. The company’s research work blends together corporeal mime, dance, theatre, puppetry and physical theatre in general. Their first production Nymio: Digital Theatre (2012) has been presented more than three hundred times in sixteen different countries all over Europe, America and Asia; it won three prices as best performance, too. During that year, Julieta Guascone joined the group working as co-director, co-playwright and performer. In 2014 the company presented Allegro ma non troppo (Happy but not much), a spectacle that came around fourteen different Countries among Europe, America and Asia; it won five international prizes. One more person, namely the playwright and light designer David Maqueda, joined the company, acting as assistant director within La Dernière Danse de Brigitte’s spectacle. This show opened in 2016 and gained numerous recognitions and international prizes.

Within the twenty-third edition of the Festival, they will present their brand new production, a national debut, titled Eh man hé. In the old times a person with several spirits was called "Eh man hé" in the Cheyenne language. This is the story of one Eh man hé and his five spirits. Dancers, physical actors and puppeteers will bring to life Nolan's body, emotions and imagination. The protagonist doesn’t know that he is a puppet so he asks himself "What is it that moves me?". The first step is to get out of his immobility. Nobody said it would be easy, but his own dreams, hopes, doubts and also his fears, will be his companions on this trip, to find the answer that only depends on the courage to follow his path.
This is the fifth and biggest production of Zero en Conducta. With it new challenges grows, but also the family and the passion for a very meticulous movement research.