The Bando Trampolino is the most important action promoted by A.C.C.I Associazione Circo Contemporaneo Italia, with the aim of showing, enhancing and contributing to spread the Italian authorship and the variety of the circus language.

Ultimo Punto, as a member of A.C.C.I., adheres to the project Trampolino Vetrina by hosting the winning shows at the 2022 edition of Artisti in Piazza, from June 1st to 5th, offering them the opportunity to perform in front of a heterogeneous audience and many Italian and international cultural operators.

The winning shows have to be produced within the last two years and with a maximum duration of 30 minutes, the result of a staging with a short form or an extract of a work of greater length. The selected show must have an exhaustive form and dramaturgical coherence, in order to represent in a complete way, even if not complete, the creative process of the company.

The results will be published on Friday, May 6. 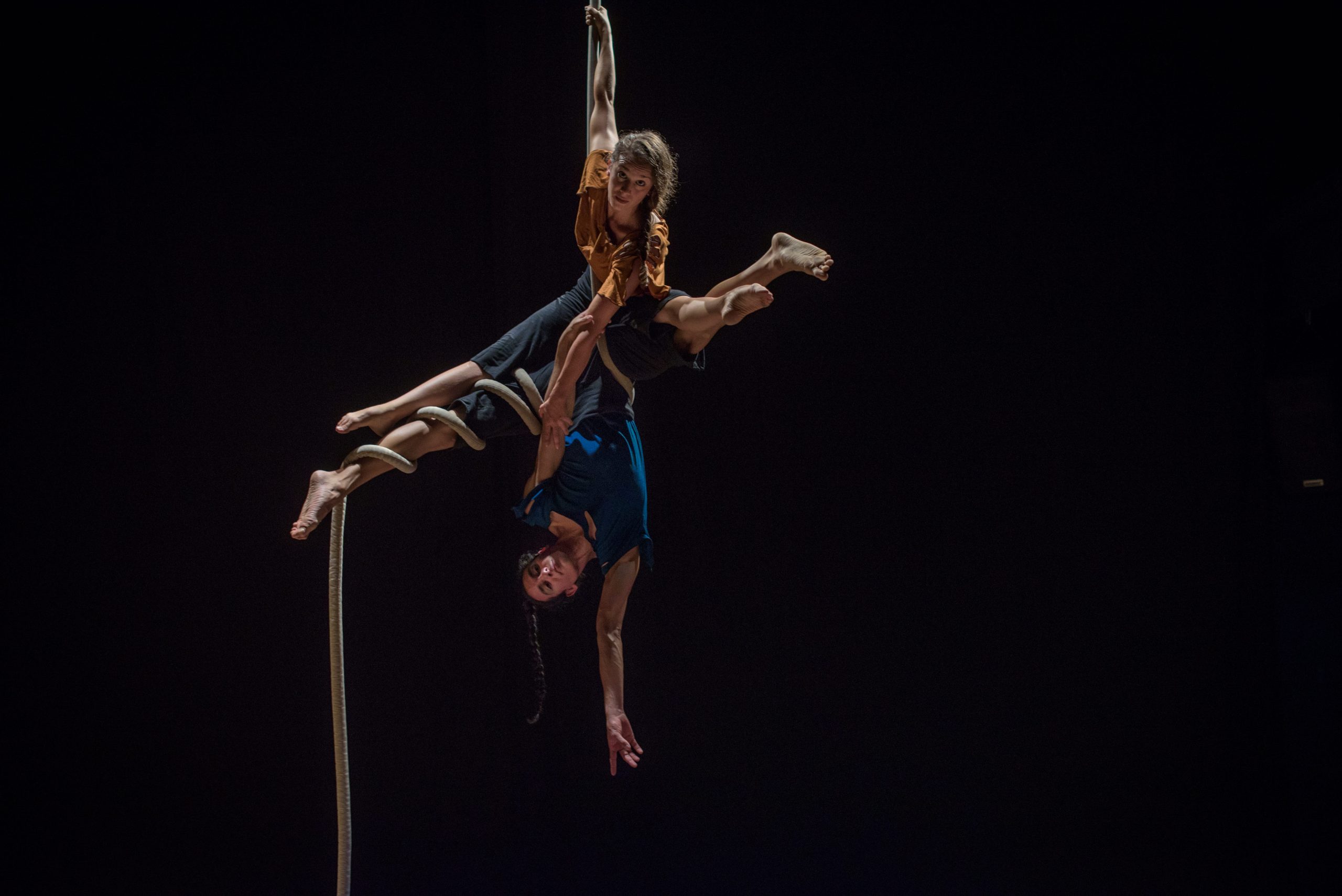 They spin in the air like wild peaks, they let themselves be transported by the inertia of movement and by surprise, they choose the unexpected, they face the difficulties of keeping the path towards their own desires, they explore and savor the great mystery of taking their feet off the ground.

A contemporary circus show that investigates the poetic subtleties in the wonder of aerial movement.

Kolektivo Konica – The tip of my nose 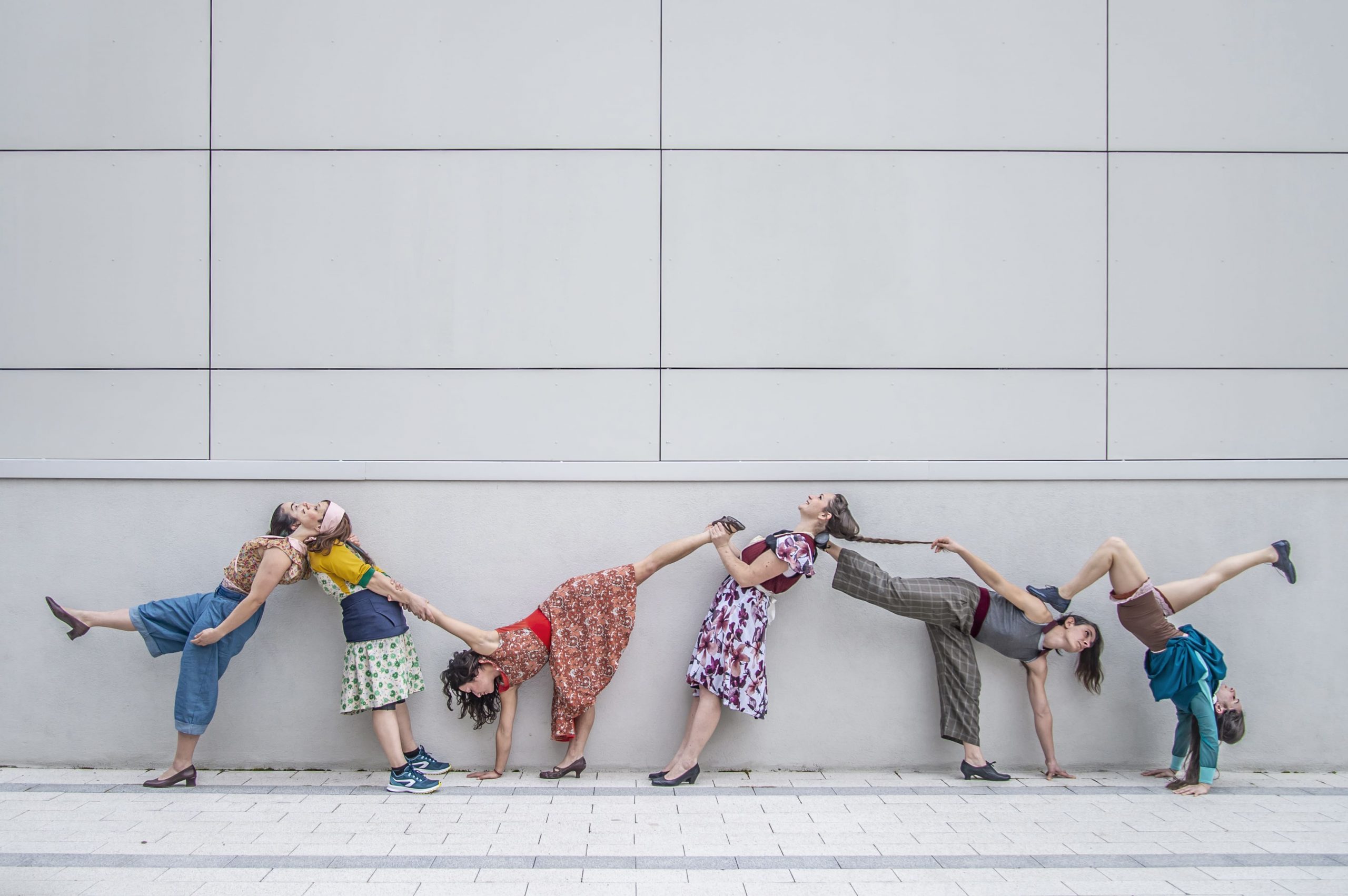 We go back to the origins to reconstruct a common memory.

Habits with no apparent sense, which however give logic to our way of being. Six bodies at play, six worlds drifting towards a shared reality. We help each other, support each other, carry each other around, push and slide.
Hand to hand and singing as an opportunity to warp everything and invite you to get to know our peculiarities up close. 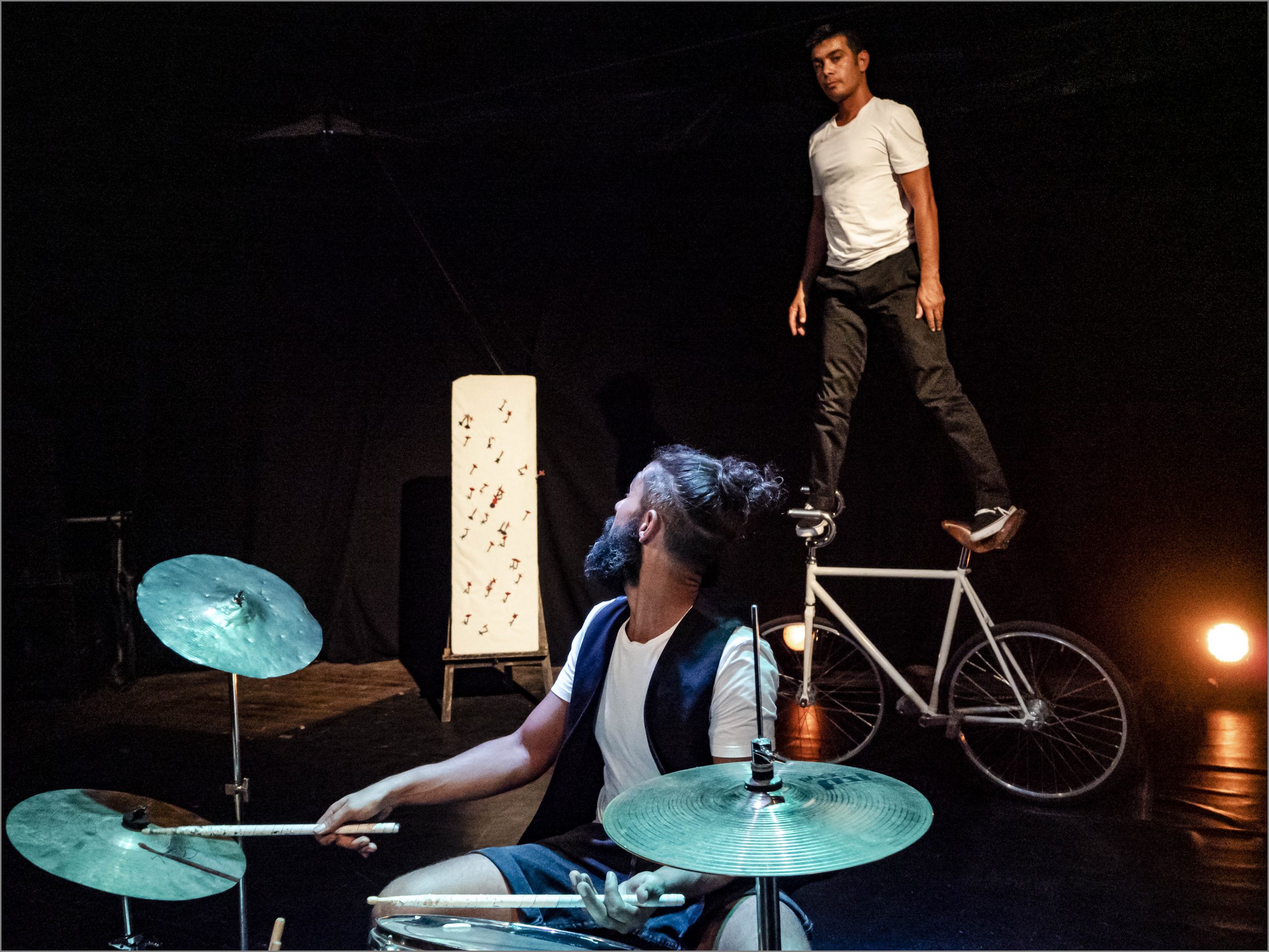 Paidia is a show with the flavor of nonsense and a noir aftertaste.
A touch of madness, a propensity to find oneself poised between thrill and error, a complicity in preferring the last and an indispensable intellectual curiosity have given life to this creation of contemporary circus. Circus techniques and experiments with juggling and acrobatic bicycle express the nuances of danger and fun. The music is original and played live, we create and mix it. Just as we hybridize clubs and targets, we superimpose fiction over reality.

Don’t look for a why, a logical thread in what you are seeing, this is just a game. 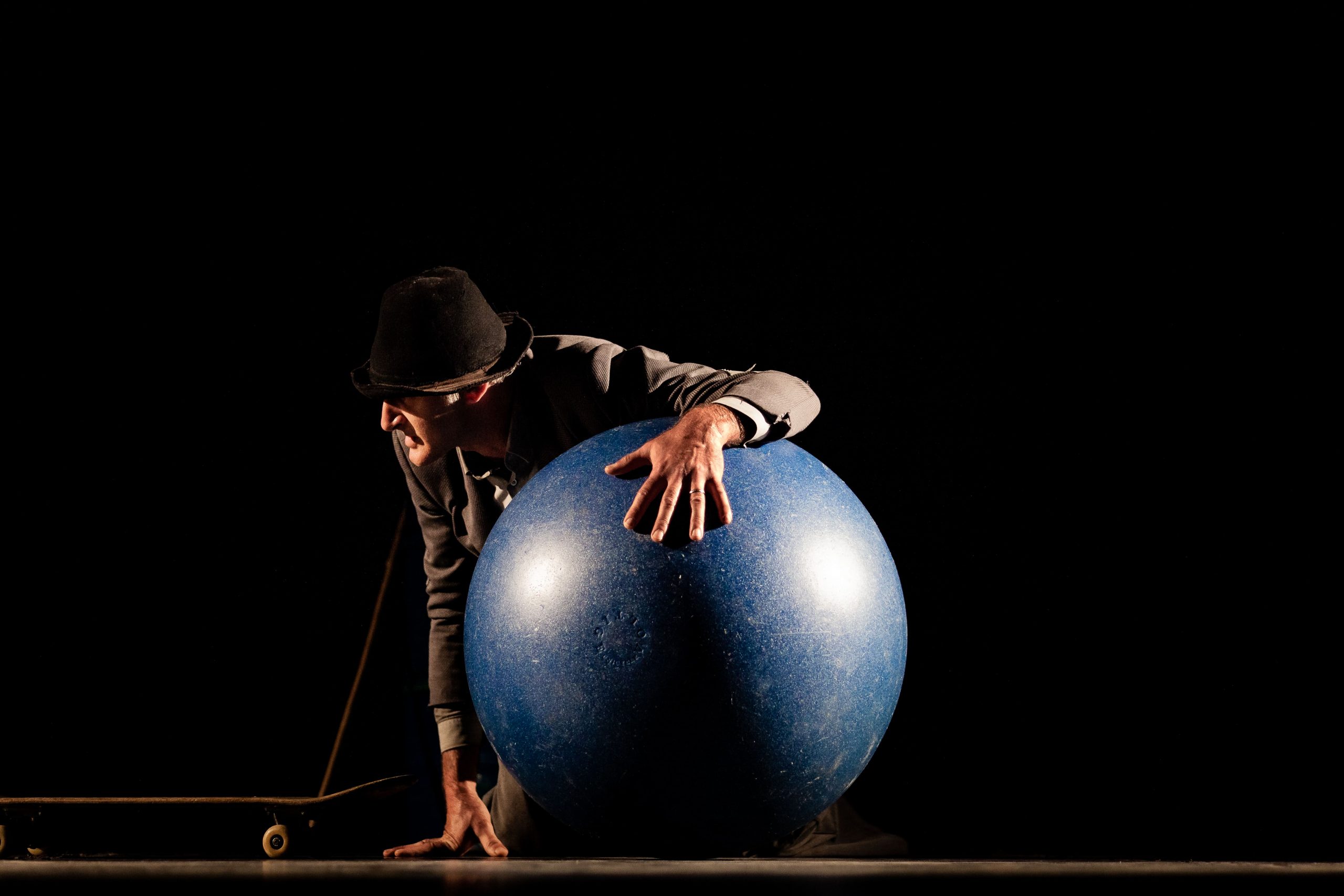 A man, who does not hide his experience, nor his extroverted character, involves the audience from the first moments in a play with himself, his body, the objects that surround him, his inspirations.

The protagonist is a mime, a rhythmic juggler, a skater, a tightrope walker, a refined performer of the new circus. He walks on the sphere, then he loads it on his back, he becomes different creatures, he proposes divertissements, clowning, he walks on the bins, then he makes them dance and dances with them, then he overpowers and tames them. He plays with a particular hula hoop, as a child would do with his own. He puts himself at stake in front of himself, for himself, with himself, he feeds himself and does not switch off.

This is how this show begins and ends, like a flow, in which we are catalyzed in the interweaving of creative ideas, involved as if the protagonists were us. 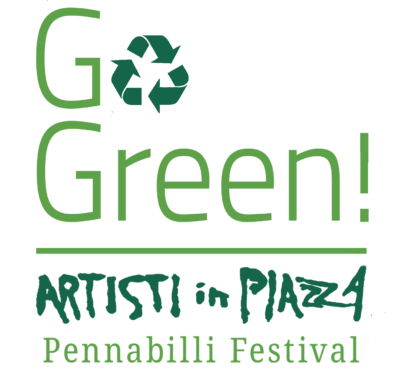